Seth P. Chazin is an experienced San Francisco DUI defense attorney. He has successfully represented clients in well over one thousand driving under the influence cases and more than 100 DMV hearing matters. He has obtained many dismissals or reduced charges as a result of his aggressive, diligent efforts in behalf of his clients in both felony and misdemeanor DUI/drunk driving cases.

As a lawyer, Mr. Chazin has developed a successful, organized strategy for defending his clients. A corner-stone of his strategic defense is to employ the services of a forensic toxicologist to analyze the many technical aspects of a DUI or drunk driving case. The toxicologist has the knowledge, skill and expertise to uncover any defenses that may be missed otherwise. Mr. Chazin also has developed other various strategies to creatively defend his clients in these areas including employing investigators and other forensic experts. Additionally, he makes extensive discovery requests and conducts a detailed analysis of the case.

Contact The Law Offices of Seth P. Chazin for more information about your drinking and driving charge.

Did You Know? Facts From an Oakland DUI/DWI Defense Attorney

1) The DMV action wherein they will attempt to suspend one's driving privilege
2) The case in criminal court for driving under the influence of drugs and/or alcohol.

Some of the best defenses to DUI or drunk-driving charges are those where the defendant has either refused a chemical test or where he claims and has evidence that someone other than the defendant was driving the car. 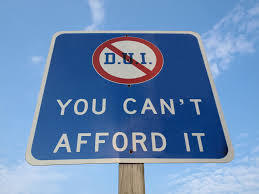 ACT NOW AND PROTECT YOUR RIGHT TO DRIVE

You have 10 days from the date of your arrest to defend your right to drive.  If you delay, the DMV will automatically suspend your license 30 days after your arrest.

DO NOT DELAY, if you have been arrested for a DUI, your privilege to drive may be in the process of being suspended.

DUI - CASE DISMISSED - all charges were dismissed in client's DUI case in Walnut Creek, Contra Costa County, California, despite fact that two witnesses allegedly saw the client driving his car while under the influence of alcohol. Again, investigation and important fact gathering and an aggressive approach with the district attorney resulted in the DA dismissing all charges. NOTE: CLIENT'S BLOOD ALCOHOL LEVEL WAS TESTED AT .37!!

DUI charges dismissed after re-testing of the sample indicated a .07percentblood alcohol content rather than the .08 percent indicated by the police lab.

An elderly woman whose driver's license was revoked on the basis of temporarily-prescribed medications (in spite of her good driving record) was repeatedly refused review by the DMV, even after she obtained a full favorable report from her hospital proving that her reflexes, response times, and overall physical condition were more than adequate for the operation of a motor vehicle. Intervention by Seth P. Chazin succeeded in getting her driving privileges restored, even where efforts of elected state representatives had failed.

Hit and run with injuries – NO CHARGES FILED

Hit-and -Run- Client suspected of hit and run. Supposed identification of client as well as paint-transfer on both the client's vehicle and victim's vehicle. NO charges filed.

Client stopped for Driving under the Influence of Alcohol. NO CHARGES FILED AND DMV CASE DISMISSED.

Client was under the influence of alcohol, crashes car on freeway and leaves scene. NO CHARGES FILED.

Client accused of DUI. Early intervention by attorney results in NO CHARGES FILED.

Client accused of driving under influence of alcohol with loaded shotgun in car. Client placed on probation with no jail time imposed.

client under the influence of alcohol and prescription drugs. Accused of DUI. Early intervention and aggressive representation resulted in NO CHARGES FILED and DMV action DISMISSED.

Client is US Marine stationed in Iraq charged with DUI for .14 blood alcohol. Client pleads to lesser offense with NO JAIL TIME, NO FINE AND NO DUI PROGRAM.

Read more about our DUI-DWI drunk driving victories and successes