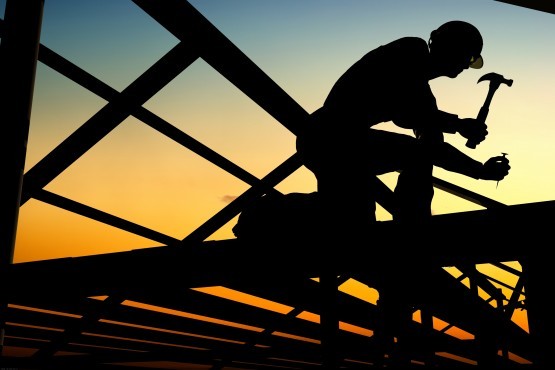 When it comes to working for Apple and creating their new tech products, Apple tends to be selective with their employee decisions. But now, they have extended this approach to the workers constructing the tech giant's new offices.
Several construction workers who were hired to work on Apple's new facility in Cupertino were ordered to leave the site in January due to having prior felony convictions, reported several union officials. This ban is highly unusual for construction workers, especially since employers in the field rarely perform criminal background checks.

Michael Theriault, President of Iron Workers Local Union 377 stated, “Apple is always nervous about preserving its proprietary information, and yet I don't know how this would affect that concern. Our folks put the wire in the reinforcing bar of the building. It makes no sense to me”

The San Francisco Chronicle obtained documents from the construction company which explained that anyone working on the Apple site with a felony conviction or facing a felony charge “does not meet owner standards.”
Apple's exclusion of convicted felons and those facing felony charges , compounds the existing difficulties that convicted felons in finding employment in the San Francisco Bay Area and throughout the country for that matter. This attitude of continuing to punish those with a prior record or those facing felony charges is anathema to the ideals of compassion and forgiveness that must ultimately permeate our nation's consciousness before we can stake a claim as one of the great nations of the world.

In fact, common sense tells us that employing those with a prison record not only helps our nation as a whole; it's strengthening our work force, it also makes our nation safer by helping convicted felons become productive citizens.
Banning felons could also rightfully bring about legal challenges for Apple. Meanwhile, the city of San Francisco has been working towards banning any questions regarding criminal history on job applications to make jobs more accessible to those with prior felonies. You can read more about it here…

For those with a prior criminal record, it is important to get your record cleared with an expungement, certificate of rehabilitation or other post-conviction relief. You can learn more about types of reliefs here and here.

That is very disappointing, as felon disenfranchisement is obviously a major factor in recidivism. I would expect more from Apple.