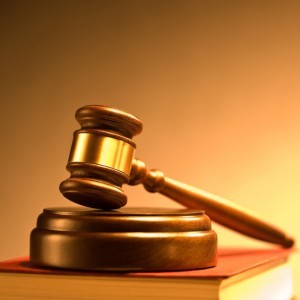 Jury selection has begun in the trial of, Dzhokhar Tsarnaev's, alleged “Boston Marathon Bomber,” federal death penalty trial. Tsarnaev was surrounded by his attorneys, sitting at a table in front of the jury assembly room.

An estimated 1,200 people will be called to federal court to be considered as potential jurors. The first 200 were given initial instructions by Judge George O'Toole Jr. Twelve jurors and six alternates are to be selected.

The judge expects the trial to begin on January 26 and will last three to four months. Tsarnaev is accused of planning and carrying out the twin bombings that killed three people and injured more than 260 near the finish line of the race on April 15, 2013. There are 30 charges against Tsarnaev, which include using a weapon of mass destruction and also being accused of killing an MIT police officer as he and his bother attempted to flee several days after the bombing ( 18 USC 2332f).

In this case, unlike most federal trials, the jury will be asked to decide both whether Tsarnaev is guilty and what his punishment should be if he is convicted: life in prison or death. Survivors and first responders are among those who are expected to testify.

The judge has stated that serving as a juror can be “at the very least, inconvenient,” but he said the jurors will not automatically be excused if they have a hardship such as a demanding work schedule or if they have read extensively about the case.  Jury selection is expected to be a lengthy process because of extensive media coverage and thousands of runners, spectators and others in the area affected by the bombings. The process also could be slowed if potential jurors express objections to the death penalty.

The defense appealed to the First Circuit Court of Appeals that there should be a change of venue due to overwhelming pre-trial publicity that would make a fair trial impossible if the case were tried in Boston.

Prosecutors say that the 21-year-old Dzhokhar and his brother, ethnic Chechens, who had lived in the United States for about a decade, carried out the bombings as retaliation for U.S. actions in Muslim countries. The defense is expected to argue that Dzhokhar had a difficult childhood and was heavily influenced by his older brother.