Citizenfour: Documentary about Edward Snowden and NSA Nominated for Oscar 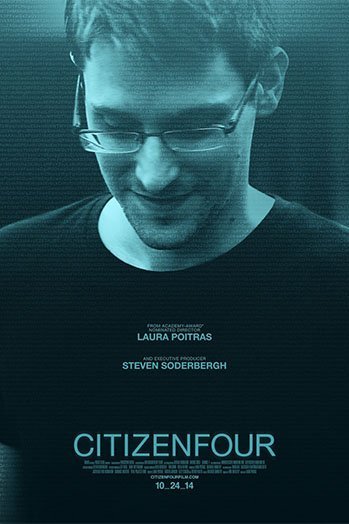 Citizenfour, directed by Laura Poitras, is a documentary that entails her interviews with Edward Snowden after he approached her and sent her emails under the name Citizenfour. This documentary shines light on the NSA and its illegal spying practices that Snowden brought to the public. Snowden, after revealing this information to the public has moved to Russia, and is “the world's most wanted man.”

This documentary is disturbing and will leave viewers in shock. The interview took place before any of the world actors got involved. Snowden had contacted Poitras anonymously at first. Once she found out who he was further interviews were hidden from public view.

In the film, Snowden revealed how he learned about the lack of privacy in an average citizen's life. Viewers are shown how much private citizen information the NSA has access to and how much it retrieves and divulges to other government agencies.

It is extremely appalling to learn about the amount of information the NSA gathers from business records and social media, like Facebook, to gather information about people they seek to snoop on. In 2013, we learned about the government program PRISM and how companies like Verizon, AT&T, Microsoft and Facebook willingly gave the government access to people's private information on a regular basis. Which you can read more about here… (NSA Explains PRISM Program) Surprisingly, U.S. citizens have not continued to show their outrage about this program.

Citizenfour shows how dangerous the internet can be, along with other computerized forms of communication. Citizenfour was nominated and won the Oscar for Best Documentary at the Academy Awards.