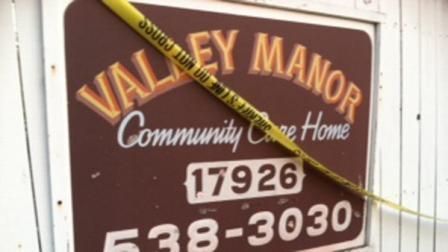 Most of the staff at the Valley Manor Residential Care facility in Castro Valley walked out on residents recently and left the sick and elderly to fend for themselves until paramedics arrived. The facility was ordered to close by the Department of Social Services, yet the facility was supposed to find new homes for the residents to be sent to before they shut down. When the staff left on Thursday they left 14 clients, some incapable of walking, nearly alone for three days in filthy conditions with nowhere to go.

The state allowed the care facility, operated by Hilda Manuel and Mary Manuel, to stay open over the weekend to give workers time to find new housing for the residents, but this didn't happen. Social services thought that the staff was going to be there but they did not find out until the skeleton crew called the police.

Luckily, the residents were all taken by ambulance to other centers and did not suffer from any additional health problems. Valley Manor was required by law to provide adequate care and supervision even if their license was being revoked. In this case, only a cook, janitor, and two care takers stayed at the facility without pay. Law enforcement investigators are looking into allegations of possible elder abuse(CA Penal Code 368b)  .

There have purportedly been many complaints about Valley Manor since 2007 when the owners first became certified to be administrators for the elderly care facility. There were complaints in the lack of training among staff members and the failure by the owners to check for criminal records of employees. Workers supposedly repeatedly failed to give residents medications, did not clean medical cups between uses, and would not take clients to doctor's appointments. One resident in the Castro Valley home is said to have suffered from a diabetic episode and was hospitalized because the home did not have the correct monitoring strips. The home was also very dirty, leaving rodent droppings in the food pantry, dirty silverware and rotten meat lying around, and urine and feces on the walls and in rooms, according to the department.

The care home is now empty. It was reported that Coors beer cans were on the back patio, cigarette butts littered the yard, rat traps lined the back walls and there was a foul odor coming from the home. All residents are now placed in different locations.