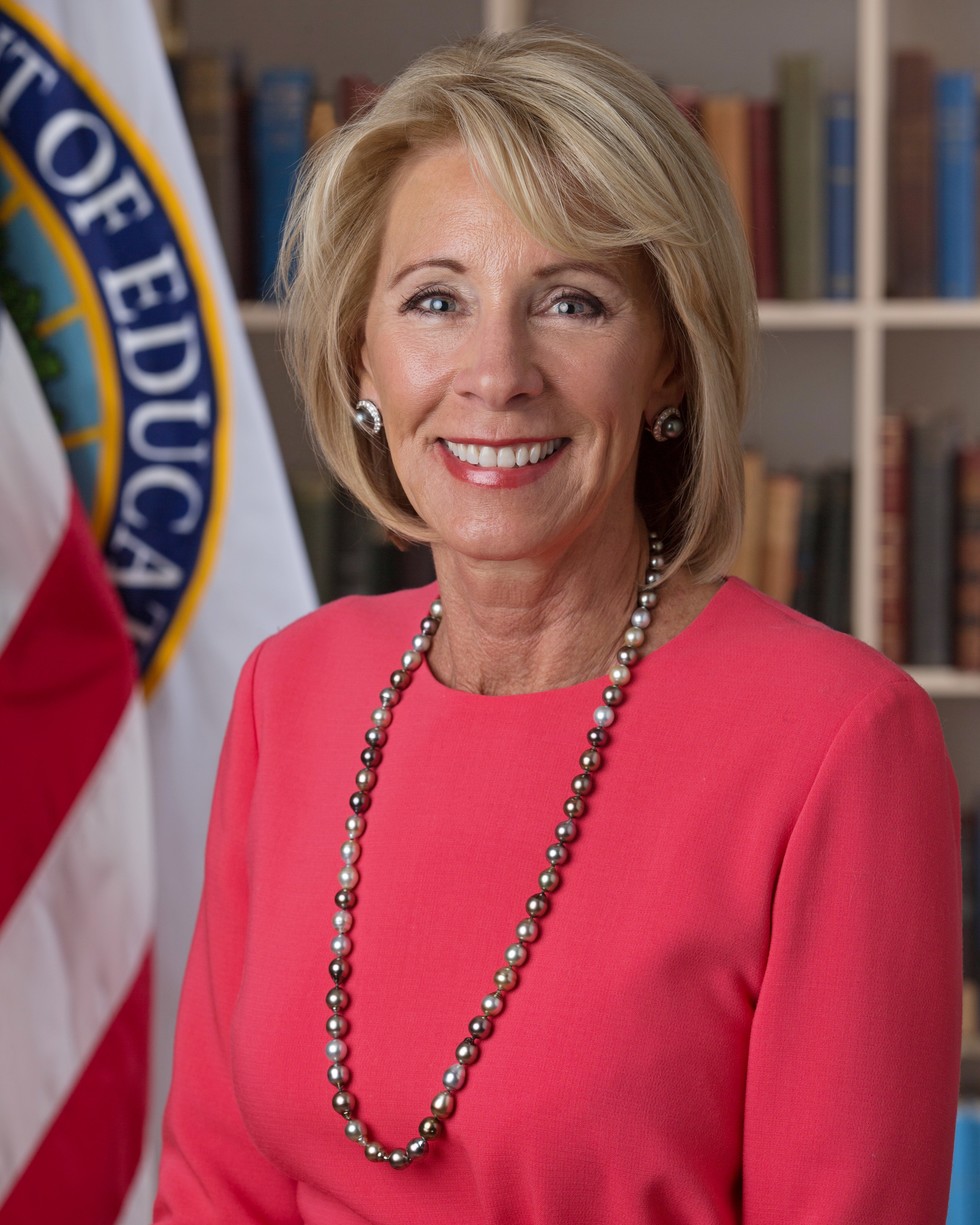 Betsy DeVos US Dept of Education

In 2011, the Obama administration introduced rules on how campuses should deal with sexual assault reports. Title IX laid out exactly how campuses need to deal with issues of harassment, explicitly including sexual violence.

Education Secretary for the Trump administration, Betsy DeVos, gave a speech on Thursday, September 7 2017, at George Mason. During the speech she said that she intends to scrap the rules.

DeVos said that Title IX ‘weaponized the Office for Civil Rights to work against schools and against students and that it had done “a disservice to everyone involved'. Although, she did not say what rules would replace it, she did say that she would be seeking feedback from universities and the public in order to develop new rules.

The Obama era rules were explained in a memo, which has become known as the ‘Dear Colleague Letter'. It explained that schools must investigate and resolve any and all complaints of sexual assault, even if there is a separate criminal case. This means that a person doesn't need to be charged with crimes of sexual assault, such as rape (Penal Code 261) and sexual battery (Penal Code 243.4), but would still face consequences from the school.

Colleges typically don't employ the same standard of evidence or burden of proof to determine guilt as that of a court in a criminal case does. Colleges often use the standard of whether it is more likely than not that the accused is  guilty. In criminal cases, guilt must be proven beyond a reasonable doubt.

The rules have long been debated with, advocacy groups saying that the rules must  protect victims, while opponents have said that the rules pressure colleges into taking unfair  action against the accused, and creates a system biased against them even if they are innocent and/or falsely accused.

DeVos said that the guidelines have harmed students on both sides, and created ‘kangaroo courts' in schools, overseen by people who may not have any legal training. She also criticized the standard of evidence needed according to Title IX.

DeVos said that victims must be taken seriously, but that students accused of sexual misconduct must know that ‘guilt is not predetermined' She said that complaints should not be brushed under the rug, but at the same time said that the current guidelines were confusing.

While we certainly do not support the commission of a sexual assault against any person, we have seen how colleges and universities often do in fact run a “kangaroo court,” to the detriment of the accused.