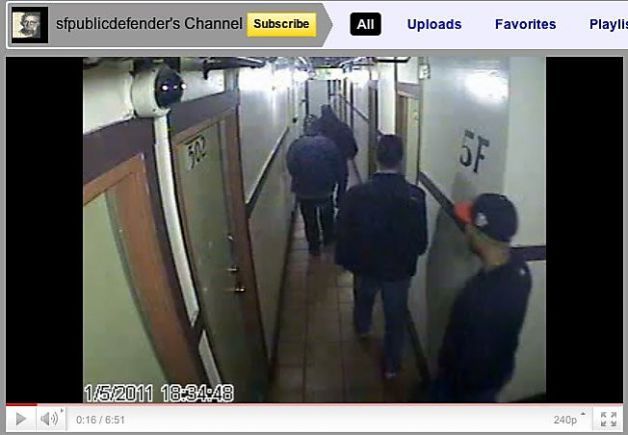 Four veteran San Francisco police officers have denied federal corruption charges which include drug-dealing (CA Health and Safety Code 11352 )(21 USC 841) , corruption (CA Penal Code 92)  (18 USC 201)   , and theft (CA Penal Code 484)  (18 USC 2112) . These incidents occurred in San Francisco in 2011 and it has taken three years for these indictments to be filed. The investigation started in March 2011 after surveillance footage, released by Public Defender Jeff Adachi, apparently showed officers stealing from people living in residential hotels. The investigation by the San Francisco Police Department and the FBI led a grand jury to indict five officers and one former officer.

The investigation concluded that three officers that were assigned to the Mission District Station had stolen seized marijuana in 2009, and that one of the officers, Reynaldo Vargas, who was later fired in 2012, delivered the marijuana to a pair of informants in exchange for some of the profit following the subsequent sale of the marijuana by the informants.

One of the indictments that was filed accused Vargas, Sgt. Ian Furminger and Officer Edmond Robels of criminal conspiracy including stealing a $500 Apple gift card and other valuables from suspects, dealing marijuana and stealing money, drugs and other items seized in criminal cases. Another indictment accused Officer Arshad Razzak, Officer Richard Yick and Officer Raul Eric, all part of the Southern Police Station, with conspiring to threaten and intimidate residents in hotels by illegally entering their residence with a master key and later falsifying their police reports. Furminger, Razzak, Yick, Vargas and Elias have entered pleas of not guilty, while Robles deferred a plea until he hires an attorney. They are all free on $50,000 bonds.

The officers' actions have resulted in more than 100 criminal cases being dismissed because of improper searches. Police Chief Greg Suhr called the officers' alleged actions “a betrayal of public trust” and he said he would immediately fire any officer who is convicted.

Suhr himself was involved in charges of conspiring to obstruct the investigation into the so-called “Fajitagate” affair in which three off-duty cops allegedly beat up two men over a bag of fajitas. The charges were later dismissed.

It has been asserted that the officers are most likely not going to accept any plea agreements or cooperate with the prosecution. Five of the current officers have no prior criminal record, yet all of them except Robles have been accused of misconduct in civil cases by private citizens.