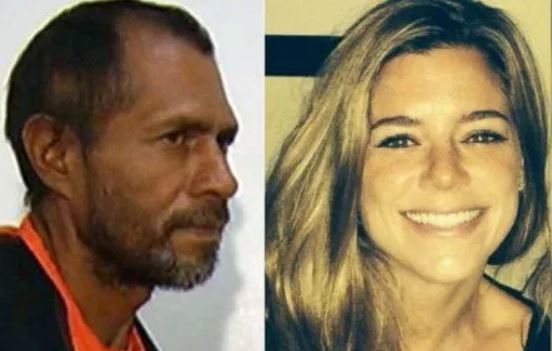 In a shocking decision, the jury in the trial of Jose Garcia Zarate acquitted Mr. Zarate on the charges of first degree murder, second degree murder and manslaughter. Garcia Zarate was arrested in the killing of Kate Steinle, on Pier 14, San Francisco.

The jury deliberated for six days. Judge Samuel Feng of the San Francisco Superior Court pronounced Jose Ines Garcia Zarate not guilty of all charges including assault with a firearm, showing that the defense argument that the shot had ricocheted off the concrete and into Steinle's heart accidentally was accepted by the jury. Garcia Zarate was convicted of being a felon in possession of a gun, Penal Code Section 29800. He could face 16 months, two years, or three years in state prison.

Garcia Zarate has already served more than two years, and will get credit for that time.

The verdict in this case has been met with varied reactions. Defense attorneys have said that they believed the case had been overcharged. U.S. Attorney General Jeff Sessions has said that Kate Steinle's death should be blamed on San Francisco's sanctuary city status. Garcia Zarate is a 45 year old Mexican citizen. There was a federal request that he be held in County Jail for deportation, but he was released once he had served his sentence on a marijuana charge.

Public defender Jeff Adachi, whose office represented Garcia Zarate said that their client was “extremely relieved”. He went on to say “He knew what was at stake - his life was at stake. I think he feels tremendous sympathy for Kate Steinle and her family - we do as well - but unfortunately these types of horrible, tragic accidents happen every day.”

One defense attorney, said “From day one, this case was used as a means to foment hate, to foment division, to foment a program of mass deportation… and I believe today is a vindication of the rights of immigrants.”

The prosecutors in the case attempted to prove that Garcia Zarate brought the gun to the pier, aimed at Kate Steinle, pulled the trigger, and tried to dispose of the weapon. Defense lawyers said that Garcia Zarate found the gun wrapped in cloth, and that it discharged as he lifted it. The defense argued that he was scared by the noise of the shot as he had never handled a gun before. This prompted him to throw the weapon into the bay.

Among the evidence presented to the jury was video footage of Garcia Zarate's interrogation. His statements changed during his interview. Garcia Zarate had been living on the streets, and has a second grade education which meant that he didn't fully understand what was being asked in an officer's translation to Spanish.

The San Francisco Board of Supervisors has amended the city's sanctuary policies in the aftermath of the shooting, but fortunately the city is committed to remaining a sanctuary city. Governor Jerry Brown recently signed a bill to create a statewide sanctuary policy.

The case is often cited as reasons for tougher immigration laws, with Trump using it in an attempt to withdraw federal funding for sanctuary cities.

One of the attorneys for Garcia Zarate said that Trump, US Attorney General Jeff Sessions and Vice President Mike Pence should remember that the ongoing investigation into collusion between the Trump campaign and the Russian government might create a need for them to seek legal representation and that they “may soon avail themselves of the presumption of innocence and beyond-a-reasonable-doubt standard”