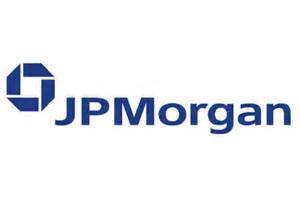 J.P. Morgan Chase has agreed to pay $13 billion to settle allegations surrounding the quality of mortgage-backed securities it sold during the 2008 financial crisis. The charges include mortgage fraud 18 U.S.C. § 225 and Wire Fraud 18 U.S.C. § 1343 Wire Fraud .  In California this case would be charged as Fraud (CA Penal Code 484)

If the agreement is executed it would be the government's highest-profile enforcement action related to the financial recession in 2008. Attorney General Eric Holder, Associate Attorney General Tony West, and J.P. Morgan CEO Jamie Dimon negotiated the settlement in a Friday night phone call.

This agreement does not conclude a criminal investigation of the bank's conduct. It is being handled by federal prosecutors in Sacramento, CA.  Holder told the bank that a non-prosecution agreement was a non-starter- meaning that the Justice Department will continue its criminal investigation of this financial situation. As a part of the deal, the Justice Department expects JP Morgan to cooperate with the continuing criminal probe of the bank's issuance of mortgage-backed securities between 2005-2007. Of the $13 billion, $9 billion is for fines and $4 billion will go to consumer relief for struggling homeowners. In 2012, the government set up a task force of federal and state law enforcement officials to pursue wrongdoing in mortgage securities. In September 2013, J.P. Morgan agreed to pay $920 million and admit that it failed to oversee trading that led to a $6 billion loss last year in its London operation. That is one of the largest fines ever levied against a financial institution.

J.P. Morgan has been accused of abuses in sales of securities linked to mortgages (18 U.S.C. § 225 ) in the years leading up to the crisis. Hundreds of millions of dollars have been paid to settle civil charges by the Securities and Exchange Commission, which accused J.P. Morgan of deceiving investors about the quality of the bonds they sold. J.P. Morgan settled the SEC charges in June 2011 by agreeing to pay $153.6 million and another $296.9 million last November.

J.P. Morgan admitted in the agreement with the SEC that it failed in its oversight. The admission could leave the bank vulnerable to millions of dollars in lawsuits. J.P. Morgan reached settlements with the Federal Reserve, U.S. Office of the Comptroller of the Currency and Britain's Financial Conduct Authority.

The criminal prosecution of companies like J.P. Morgan is long overdue. The federal government also needs to prosecute the banks that have been the main culprits in the mortgage lending crisis that we have suffered through over the last 10 years. The government has gone after the minor players, many of whom we have successfully represented over the past 5 years or more. The banks encouraged most of the activity that led to the charges against these “bit players.” It is now time for the banks to be held responsible. If you are being investigated for or have been charged with mortgage fraud, contact us at http://www.bayarea-attorney.com/contact-us .