Justice Department making it Easier to file for Clemency 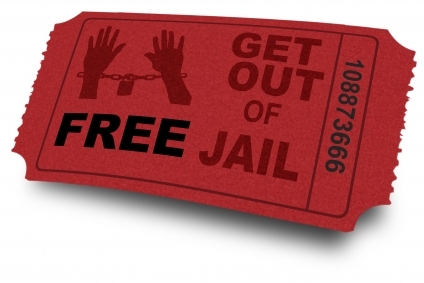 The Justice Department is broadening the criteria for clemency petitions making it easier for more federal prisoners to apply for clemency and a commutation of their sentence. The details of the changes are aimed at prisoners serving time for nonviolent drug offenses, in an effort to significantly reduce the nation's federal prison population and ensure that those who have paid their debts have a chance to become productive citizens. This was detailed in a recent statement by Attorney General Eric Holder.

The Obama administration made this announcement as part of their alleged ongoing effort to reduce sentences for drug crimes that officials believe were harsh and made under older federal guidelines that treated crimes such as possession of crack cocaine convictions more severely than possession of powder cocaine.

President Obama publicly encouraged defense lawyers from around the country to help nonviolent drug offenders to prepare petitions for clemency. President Obama himself commuted the sentences of eight prisoners who were sentenced to long periods of incarceration for narcotics offenses, six of who were serving life sentences.

In the past, there have been a great number of requests for pardons, clemency and sentence commutations which were not granted. With the new criteria, the Justice Department hopes to tap into a larger pool of convicts who may be eligible to have their sentences reduced or even eliminated. Holder expects there to be thousands of applications for clemency coming in and may assign dozens of attorneys to review the applications. This is a way to restore justice to those individuals that do not pose a threat to the public. The Justice Department is purportedly seeking to consider the petitions of as many qualified applicants as possible.

Here is some information on the rules regarding eligibility: