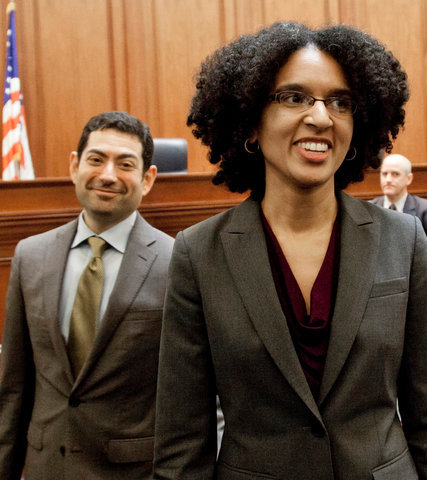 Governor Jerry Brown has appointed two new justices to the California Supreme Court and these two new appointees have yet to express what views they have on various issues. Interestingly, the first opportunity they will have to express their opinions will be on issues pertaining to sex offenders, Penal Code section 290 registration and homophobia.

The new appointees, Justices Mariano-Florentino Cuellar and Leandra Kruger, will be using the first three months on court to vote on requests to reconsider rulings by the previous members of the court.  One of these cases was a 5-2 decision on January 29, 2015, which reinstated a 1947 state law that requires anyone convicted of non-forcible oral copulation with a minor to register as a sex offender pursuant to Penal Code section 290.  This means that the non-violent offenders will be treated the same as violent offenders, and will include the requirement that their names and addresses be published on a publicly available database and that they not live near a school or park.

The recent Supreme Court ruling was very problematic and unusual because it reversed its own 2006 decision.  In 2006, the court had voted 6-1 to overturn the 1947 law as an unlawful violation of equal protection under the law as provided for by the Constitutions of the United States and the State of California. The court held that it was unlawful to treat those convicted of non-forcible oral copulation (Penal Code Section 288a(b)(1) and 288a(b)(2)) more harshly than those convicted of non-forcible sexual intercourse with minors (Penal Code Section 261.5(a)).

In 2006, now-retired Justice Joyce Kennard, wrote in the opinion that the distinction between the two laws was no longer relevant and based her opinion in part on the fact that, in 1947, all oral sex, even between consenting adults, was illegal in California. That changed in 1975 when lawmakers legalized consensual gay sex acts, including oral copulation.

Two of the justices that issued the January 29th opinion have either retired or stepped down. The new Justices may be able to form a new majority to rehear the case and reverse the ruling

The recent ruling raises some very politically sensitive issues, especially when pertaining to the punishment of those previously identified as sex offenders. Neither Cuellar, a former Stanford law professor, nor Kruger, a former U.S. Department lawyer, has previously served as a judge. These new appointees could potentially reshape the court that has recently been divided between conservative and moderate-to-liberal. This could mean that the January 29th opinion reinstating the 1947 law that requires anyone who is convicted of non-forcible oral copulation to register as a sex offender could be over-turned if the new justices decide to reconsider the case. This could have an enormous effect on the great number of people registering as sex offenders pursuant to Penal Code Section 290.  There is absolutely no good rationale to require people convicted of non-forcible oral copulation to register as sex offenders, especially in light of the state of the law that pertains to those convicted of non-forcible intercourse.  Hopefully, the Supreme Court will reconsider its dismantling of the Hofsheier opinion and reinstate this well thought out opinion.