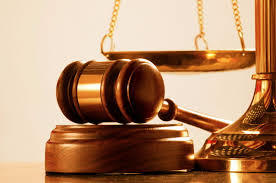 Alameda County has started using a new digital case management system called Odessey. The system has been extremely flawed and has resulted in over a dozen false arrest warrants for people who have already had their charges dismissed by a judge.

Although a case may have been dismissed the new computer system has not reflected this and warrants are still shown as active. In one case, a 24-year- old man from Fremont was arrested on an invalid warrant for failure to appear in court on a previously dismissed drug possession charge, which was thrown out by a judge.

Public defenders believe this system needs to be fixed immediately but some officials say it is too early to give up on a system that the county spent $4.5 million in public funds.

The new system has also been said to be more difficult to use and more time consuming to navigate. Unlike the old system that took one or two clicks to complete a process, the new system takes 25 clicks and has numerous drop-down menus. Since the system is so difficult to use, it has created a huge backlog, with more than 12,000 files that have not been uploaded and possibly increasing daily.

The system was intended to stream line the filing for cases transferring hard files to a searchable database.

The Alameda County Public Defender Office has filed a motion in Alameda County Superior Court demanding that they give up the new software until the problems have been fixed. The court scheduled a hearing for January 17, 2017.

The California Tyler User Group , a group that troubleshoots software, has currently found 52 issues with the new system.

For a system that Alameda County spent so much money on, there should not be so many problems that put innocent citizens at risk for arrest or injury to reputation.