Newsom on Legalizing Marijuana in California 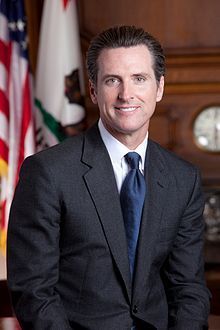 Lt. Governor Gavin Newsom and the American Civil Liberties Union opened a campaign intended to pass a measure to legalize Marijuana for recreational use in California. Newsom will lead a panel of academics, drug policy experts, law enforcement authorities and officials from Colorado and Washington—the two states that have already legalized marijuana. In particular, Possession of Marijuana Under an Ounce (now Health and Safety Code section 11357 (b)) and Possession of Marijuana Over an Ounce (now Health and Safety Code section 11357 (a))  would be entirely legalized.

The panel intends to answer legal and practical questions about state-endorsed sale of marijuana. The measure aims to tax and regulate the estimated $1.5 billion cannabis industry in California.

California voters rejected a legalization measure in 2010 by 53 to 47 percent. However, the public's support for the legalization of marijuana is increasing. With a measure like this, voters will have many questions and the ACLU panel acknowledges that. Accordingly, they will be traveling around the state holding town hall meetings regarding the measure.

For answers to questions regarding the measure, officials will turn to activists from Colorado and Washington who have been dealing with issues like these ever since they legalized marijuana. California advocates hope to have an outline of a regulatory system before the measure gets out to the voters.

Legalization is not going to happen unless the public and federal government is persuaded that this can be done in a way that is reasonable. As the chairman of the measure, Newsom is the head of the newly formed group and a political star attraction. After allowing same sex couples to marry at San Francisco City Hall in 2004 and gaining support for gay and lesbian marriage, he is now also believed to be the highest-ranking elected state official in the country who supports the legalization of marijuana.