Proposition 62: Repeal of the Death Sentence 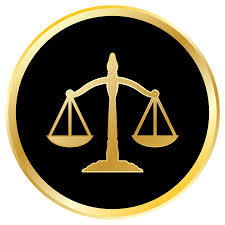 Four years ago, California voters decided to keep the death penalty. On the 2016 ballot California voters once again are faced with deciding whether to abolish the executions or to speed them up by setting time limits for state court rulings and limiting the opportunity to appeal.

Two initiatives competing against one another—Proposition 62, to repeal the death penalty, and Prop. 66, to hasten it—will appear on the November 8 ballot.

Legislative action or court decisions have overturned the death penalty in 19 states.  As of 2016, the nationwide total of executions is the lowest they have been since 1991 at 20 or fewer.   49 death sentences were handed down last year in 2015 —14 in California, the most nationwide.  Drugs for lethal injection are scarce, and states have tested the limits of the law by purchasing lethal injection drugs from unregulated sources

Since 1973, more than 150 once condemned prisoners throughout the country, including five in California, have been exonerated, and subsequently set free and cleared of their charges. Instances such as these show how innocent people can be convicted and sentenced to death for crimes they did not commit.

Capital punishment is most predominant in Southern California.  Most death sentences in California are issued in the following five counties:  Los Angeles, Riverside, San Bernardino, Orange and Kern.

Currently, the state has around 750 prisoners on Death Row, the nation's largest.

Those supporting Prop. 62 and the repeal of the death penalty—civil rights groups, some religious organizations, and most Democrats, as well as some Republicans—are emphasizing how much money the state and taxpayers would save. According to analysts, Prop.62 would save the state $150 million a year by eliminating penalty-phase trials and appeals and transferring inmates from high-security imprisonment to the prison's general population.

Prop. 66, backed by police groups, most prosecutors, and the Republican Party seek to speed up capital punishment.  Prop. 66 have several flaws. The Supreme Court already has more than 300 death penalty appeals now waiting to be heard.  The five year deadline proposed by Prop 66 would turn it into a “death court” not allowing for any other civil and criminal cases to be heard. The measure does not include funding for additional staff on the high court and the already overworked trial courts. Most importantly, the speedy deadlines the measure calls for would further increase the likelihood that innocent people will be put to death by the State.

The death penalty is a flawed form of punishment and must be eliminated for good. It is inhumane and antithetical to any fair system of justice.  Most countries around the world as well as most states in the US have already eliminated the death penalty.  We should follow their lead and support and pass Prop 62.

The Campaign to End the Death Penalty