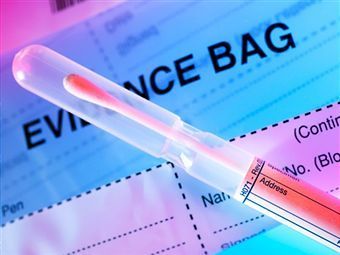 Dr. Susan Hogan, the forensic pathologist who performed autopsies for Solano County, abruptly quit due to doubts concerning the legitimacy of the autopsies she conducted. The two biggest cases that have to proceed to trial without the doctor's testimony concern the killing of Vallejo police officer and the slaying of a 13-year old girl whose body was found in Allan Witt Park in Fairfield.

Prosecutors and defense attorneys are skeptical of at least 37 of the autopsies that Hogan performed, and some of these cases involve homicides where the defendant has already been convicted.

Not only are lawyers challenging Hogan's findings, but they are also challenging the district attorney's seven month delay in disclosing an e-mail that the doctor had written to a prosecutor in which she said she believed that the 13-year-old girl found in Allan Witt Park, Genelle Allen-Conway, may have died accidentally during “consensual sex.”

What is making the situation more difficult is that some say Hogan retired in December, while the doctor has alleged that she was fired. She is reported to have said that she would rather go to jail than testify in a double homicide case out of Vacaville that is nearing trial (CA Penal Code 187) . Defense attorneys have been trying to get her to testify; however they reportedly cannot locate her.

The legal community of Solano County began to question Hogan's credibility by the time the 13 year old girl was examined. Authorities originally suspected her to have been strangled and sexually assaulted (CA Penal code 243.4) . Six days later, in an email to a prosecutor, Hogan explained that Genelle's death may have been accidental. She said that although the strangling was clear, she did not seem to have suffered sexual trauma. She reportedly said. “Just between you and me... I think this may be an ‘Oh s-‘during consensual sex. “

Another pathologist has apparently performed an autopsy on Genelle and agreed with Hogan that Genelle had died of strangulation, but the second doctor allegedly found signs of sexual trauma and claimed that lab testing confirmed that the defendants' DNA was found on the girl's body.

This outrageous situation needs to be completely ferreted out in every case in which Hogan had a hand. Defendant's could be falsely accused or incarcerated, or even wrongfully put to death if the defendant were charged with capital murder. Our system of justice cannot afford to recklessly play with the lives of the accused.

For more on assault check out my site: http://www.bayarea-attorney.com/CM/Articles/Assault-and-Battery.asp

For more on murder and violent crimes check out my site: http://www.bayarea-attorney.com/PracticeAreas/Violent-Crime-Murder.asp