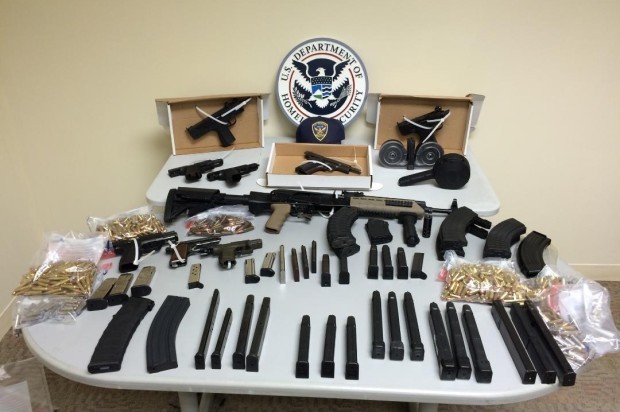 In this case, the police seized six handguns, two assault pistols, an assault rifle, high-capacity magazines, and ammunition.  The police also found methamphetamine, cocaine salt, base rock cocaine, as well as marijuana.  Authorities have not released any more information regarding the details of the case, but posted a photo of the seized weapons and drugs covering a small table, which is shown above.

If you or someone you know is dealing with a drug possession or illegal firearm charge, contact the Law Offices of Seth P.Chazin at 1(800)-499-9902.