The Democratic Debates and Stances on the Death Penalty 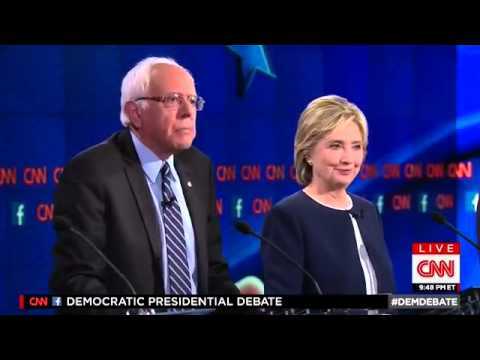 Bernie Sanders and Hillary Clinton tend to side with one another on many issues, yet one issue in particular is something they each see very differently. When it comes to their stance on the death penalty ,their opinions are quite different.

When Clinton was asked if she supported capital punishment she answered, “I do, for very limited, particularly heinous crimes believe [the death penalty] is an appropriate punishment,” specifically pointing to terrorism and citing Oklahoma City Bomber Timothy McVeigh's sentence as “appropriate.” On the other hand, Sanders who advocates abolishing the death penalty stated that even though terrible crimes are committed, many times innocent people, many of them minorities, are the ones put to death. He also expressed that he does not want to see the government killing people.

Ironically, Clinton herself acknowledged that , “the death penalty has been too frequently applied, and too often in a discriminatory way.”

Sanders' position more closely resembles that of an appropriate the Democratic platform. According to a Pew Research Survey conducted in 2015,Democratic support for abolishing the death penalty has risen significantly—from 25 percent in 1996 to 56 percent in 2015.

As Sanders has said, there is no place in a civilized society for state-sponsored executions.