The Justice Department Putting an End to Private Prisons 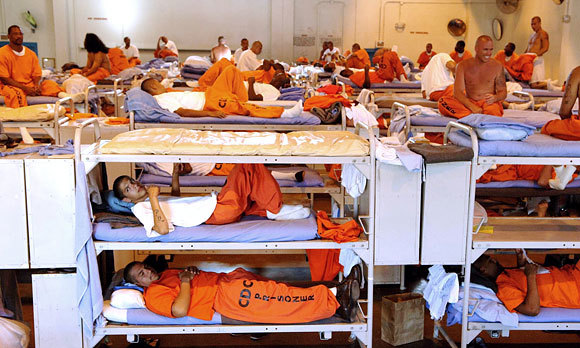 The Justice Department has decided to put an end to the use of private prisons as officials agreed that the facilities are both less safe and less effective at providing ample correctional services in contrast to their government counterparts.

Sally Yates, Deputy Attorney General, announced that officials have been instructed to prohibit contract renewals for private prison operators when they expire or significantly reduce the scope of their contracts. For Yates, the goal is to reduce and eventually eliminate the prisons operated privately.

In the report, Yates states that the private counterparts do not provide the same level of services, programs, and resources that government facilities do.

While this is a big deal in the terms of incarceration, privately run federal prisons house only a fraction of the inmate population. The majority of the incarcerated in America are housed in state prisons, rather than private prisons.

Private  facilities were meant to house inmates who are low security with 90 months or less remaining on their sentence. Yates wrote that the prison population began to decline beginning in 2013, because of efforts to adjust sentencing guidelines and to change the way low-level drug offenders are charged.

Yates indicated that private prisons served a crucial role during a difficult time, but has now proven less effective than facilities run by the government. The US spends $639 million dollars a year on one private prison alone. It is not definite if private prisons are less expensive and whether closing them would cause costs to go up, but officials do not plan to hire additional Bureau of Prisons staff.