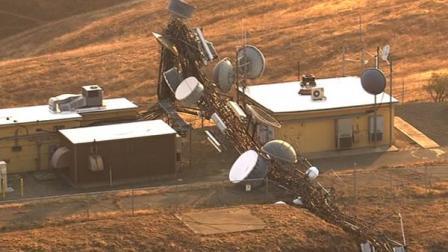 Communications Tower in Danville Knocked Over

Vandals in Danville apparently knocked over a 75 foot communications tower which was located in the hills west of Danville in Contra Costa County.  The tower was located on Rocky Ridge near Las Trampas Regional Wilderness area.  This incident was reported by the East Bay Regional Park Police, indicating that the wires that anchored the tower in place had been cut.  This tower is used by several government and public safety agencies.

Vandalism cases such as these can be very serious and subjects the defendant to imprisonment under Penal Code section 1170 (h) or fines up to $10,000 under California Penal Code section 594 (a) and (b).  This type of case is clearly a matter of whether the perpetrators can actually be identified.  Identity defenses are often successful at trial.

To protect your rights and your criminal record, contact an attorney immediately if you are accused of vandalism.