Young Marin County Man from San Rafael Sentenced to Life in Prison for Premeditated Attempted Murder, Shooting into an Occupied Dwelling and Auto Theft from Car Dealership in San Francisco 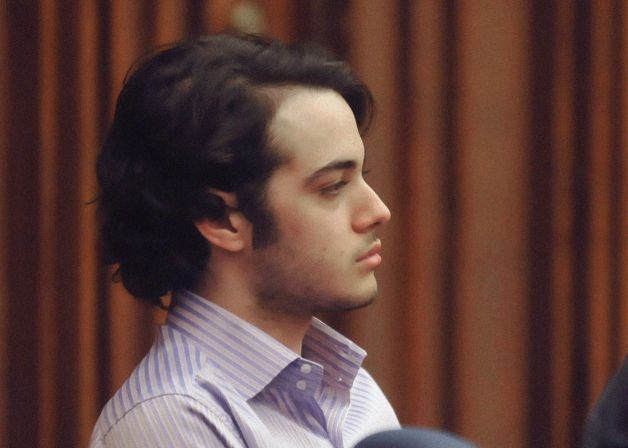 Max Wade, who became notorious for stealing a $200,000 Lamborghini from a car dealership and attempting to murder (CA Penal Code 664) (CA Penal Code 187)   the boyfriend of a girl he fell in love with has been sentenced to life in prison. Wade, who was 16 years old when he committed the offenses, was found guilty last year of attempted murder and shooting into the vehicle (CA Penal code 246)  of the girl, Eva Dedier, and her boyfriend Landon Wahlstrom. He was also convicted of a San Francisco auto theft and possession of a stolen vehicle, which was owned by celebrity chef Guy Fieri. Wade was prosecuted two years later. It was alleged that Wade used the Lamborghini to impress Dedier. Wade kept the vehicle in the same place as a motorcycle, gun, and clothing that he used in the attempted murder.

Wade was acquitted of charges that he burglarized the dealership (CA Penal Code 459) and attempting to murder Dedier (CA Penal Code 664). Wade's lawyer argued at sentencing that he had a difficult childhood, being subjected to violence and neglect in the home.

Wade shot at Wahlstrom's pick-up truck five times while both Wahlstrom and Dedier sat in the front seat. The prosecution argued that Wade was infatuated with Dedier—a claim supported by Wade's text which said that he wanted to have sex with her. After she told Wade she had a boyfriend, he allegedly planned the shooting.

Wade continued to pursue Dedier after the shooting by driving the Lamborghini to meet her the day he was arrested.

Wade became notorious on the internet, having a rap song made about him, after he was captured and arrested on March 8, 2011 for the alleged burglary ( CA Penal Code 459) of British Motors in San Francisco.He allegedly made off with Fieri's $200,000 car and arguably made the prosecution's case for theft by sending pictures of the stolen car and texting his friend that it “doesn't get any better than boosting a lambo and picking up chicks at 17.”

Judge Kelley Viera Simmons stated that she believed Wade deserved the life sentence because the crime was extremely serious and was planned very thoroughly. Wade will not be up for parole for at least 17 or 18 years.

While these crimes may have been serious, and not negating the impact on Wahlstrom and Dedier, it is an outrage that this young man (who was reportedly the victim of a troubled childhood and neglectful parents) has been sentenced to life imprisonment, especially in light of the fact that he was only 16 years old at the time he committed these crimes and the fact that apparently no one suffered any physical injuries as a result of his actions. We cannot hold juveniles accountable as if they are adults. There is a reason why we have a juvenile court system that is separate from that of adults. One can only hope that this sentence is reversed on appeal as it is a travesty of justice.