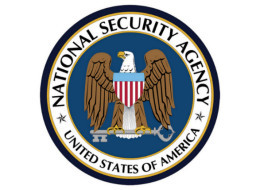 France recently sent President Obama numerous complaints about NSA surveillance that has internationally crossed the line when it comes to American Spying. France is one of a growing list of nations that also includes Germany, Brazil, and Mexico. These NSA spying scandals have been mentioned in my previous blogs which can be found at NSA Spying on Mexican and Brazilian Leaderss , 20 Organizations File Lawsuit against NSA , NSA Gathers info on Social Connections of US Citizens . The problem this time is that the U.S. spied on 70 million French telephone records, text messages and recorded private conversations.

President of France, Francois Hollande, complained that the U.S. is violating the privacy of his citizens (42 USC sect. 2000ee 1-3). Meanwhile, President Obama has announced that the U.S. is reviewing the way we gather our intelligence so that it properly balances legitimate security concerns of the US and its allies with the privacy concerns that all people around the world share.

The NSA has taken certain phone numbers and has systematically recorded conversations (42 USC Part A) . They have also gathered text messages based on key words. The National Security Agency claims that the allegation that they have collected more than 70 million recordings of French citizens' conversations is false.  They also asserted that they gather intelligence that is the same type as that gathered by all nations to protect that country, their interests, and allies from various threats.

Former CIA agent Bob Baer, who was stationed in Paris for three years, said that the French intelligence service regularly spied on Americans. A former French intelligence director stated that the spy agency compiled a detailed secret dossier of proprietary proposals that the U.S. and Soviet companies wrote to compete with a French company for a $1 billion contract to supply fighter jets to India.

So far, the strongest reaction to NSA surveillance has come from Brazil. Brazilian President Dilma Rousseff canceled a visit to Washington over a dispute involving Brazil's desire to question Edward Snowden after information he leaked indicated that the U.S. intercepted Rousseff's communications.  In Germany, the government canceled a Cold-War era surveillance agreement after learning of the NSA's snooping into communications in Europe. Mexico also was outraged by the NSA program after it was linked to spying on former Mexican President Felipe Calderon.  It was revealed that Calderon's emails had been read before he was elected.

The revelations concerning U.S. spying abroad has caused many European countries to approve stronger data protection rules and strengthen online privacy.  Europe drafted the regulations after Edward Snowden leaked the fact that the NSA had been conducting online snooping of our allies. This legislation will have significant implications for U.S. Internet companies.

The legislation aims to allow customers to ask companies to fully erase their personal data, to limit user profiling, to require companies to explain their use of personal data in detail to customers and to mandate that companies seek consent prior to using such data. Failure to comply with these rules could lead to a fine worth 5% of a company's annual revenue.

In response to the NSA's online spying, lawmakers toughened the initial draft regulation to make sure companies no longer share European citizens' data with a third country unless given advance permission.  This means the U.S. will no longer be able to hand over private data of their European customers to U.S. authorities.

France is Latest US ally Angered by NSA Snooping